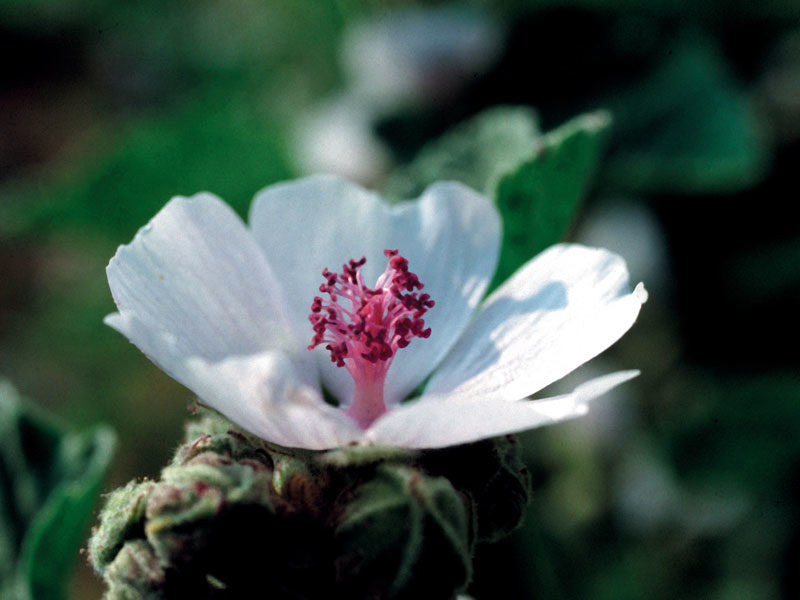 The real marshmallow or medicinal marshmallow is a perennial herbaceous mallow plant. It is often cultivated as a decorative garden plant under the name “white mallow” and can reach a height of up to 1.50 metres.

Originally, the medicinal herbs come from the steppe zone of southern Russia and Kazakhstan. It was brought from there to the Mediterranean region.

Marshmallow is a typical “mucilage drug”. Its roots contain up to 15 % mucilage, as well as pectins and starch. The marshmallow leaves also contain an essential oil and flavonoids. Marshmallow preparations are mainly used for a dry, irritating cough and to soothe inflammation of the mouth and throat and mild inflammation of the gastric mucosa. In addition to its primarily irritation-reducing and mucosa-protecting effect, marshmallow has anti-inflammatory and immunostabilising effects and also increases cell vitality.