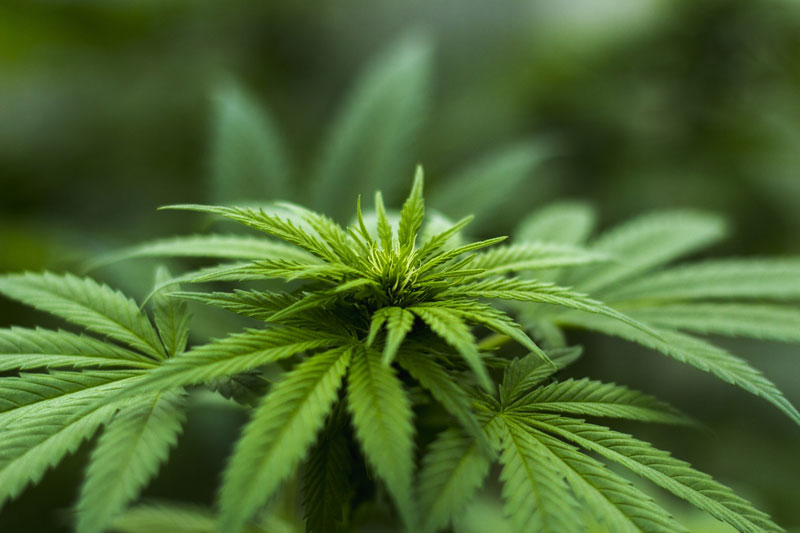 The hemp belongs to the hemp family and originally comes from Central Asia. It has been used as a fibre and fodder plant for more than 10,000 years, and also as a source of oil, medicine and intoxicants. For medicinal and drug purposes, only the hemp flowers and shoot tips of the female plants are processed.

In our culture, hemp became known in monastic medicine from the 11th century onwards. At that time, it was mainly used as a remedy for pain, gout and rheumatism. Later it was also used for migraine. With the advent of synthetic painkillers in the middle of the 20th century, hemp fell out of the focus of medicine. Only recently has there been a renewed interest in this medicinal plant.

The value-determining ingredients of hemp are over 80 different cannabinoids, including tetrahydrocannabinol (THC), essential oils, phenols, resins and flavonoids. Only medicinal hemp contains psychoactive substances (THC). Marijuana is made from its dried resinous shoot tips and flowers, whereas hashish is made from the extracted resin. THC is a prescription substance that has recently been used to treat pain in certain tumour diseases, nausea caused by chemotherapy, loss of appetite and as a muscle relaxant in multiple sclerosis.

The cultivated or commercial hemp used to obtain fibres and oil-rich seeds contains less than 0.2% of the intoxicating substance THC. However, the narcotic-free commercial hemp also has a broad spectrum of medicinal effects, as numerous studies show. Especially the substance cannabidiol (CBD) comes to the fore here. It has anti-inflammatory, pain-relieving, anxiety-relieving and nausea-inhibiting effects. The pharmacological effects on arteriosclerosis, seizures (epilepsy) and the influence on the immune system are currently of particular interest for research. Cannabidiol can also protect nerve cells.