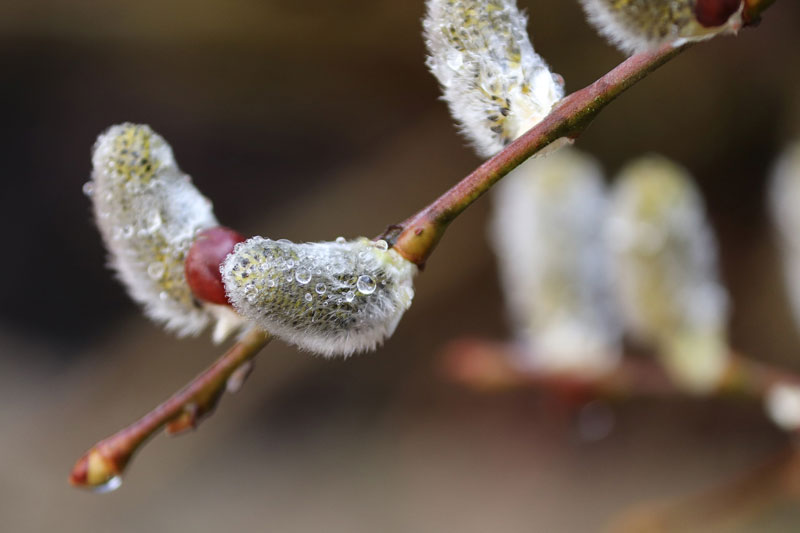 The stately willow tree, which can reach a height of 30 m, is native to Europe and Asia along river courses and in damp locations. There are over 450 different species. Medicinally, either the silver willow or the purple willow is used in our country.

The tree, which belongs to the willow family, is probably the oldest and best-known herbal painkiller and anti-inflammatory, which was already used in the Stone Age.

The valuable constituents of this medicinal herb are found in the bark of young twigs. Depending on the species, it contains up to 11 percent salicylates (including salicin), tannins and flavonoids. Willow bark is the precursor of acetylsalicylic acid (ASS, Aspirin®), but with a broader spectrum of action and without its side effects. This is because salicin is a so-called “prodrug”, which is first converted to salicylic acid in the liver when taken orally. For this reason, there is no irritant effect on contact with the gastric mucosa, as is the case with salicylic acid. Unlike the synthetic preparations, however, willow bark has no blood-thinning effect.

The well-tolerated willow bark extracts have antipyretic, anti-inflammatory, analgesic and antioxidant effects. For this reason, they are primarily used in medicine for febrile illnesses, rheumatic complaints and headaches. In traditional medicine, preparations made from willow bark are also used for arthritis, arthrosis, back pain, colds and aches. In folk medicine, it is also used externally for wounds, ulcers, warts and painful joints, as well as in gargles for gum inflammation.