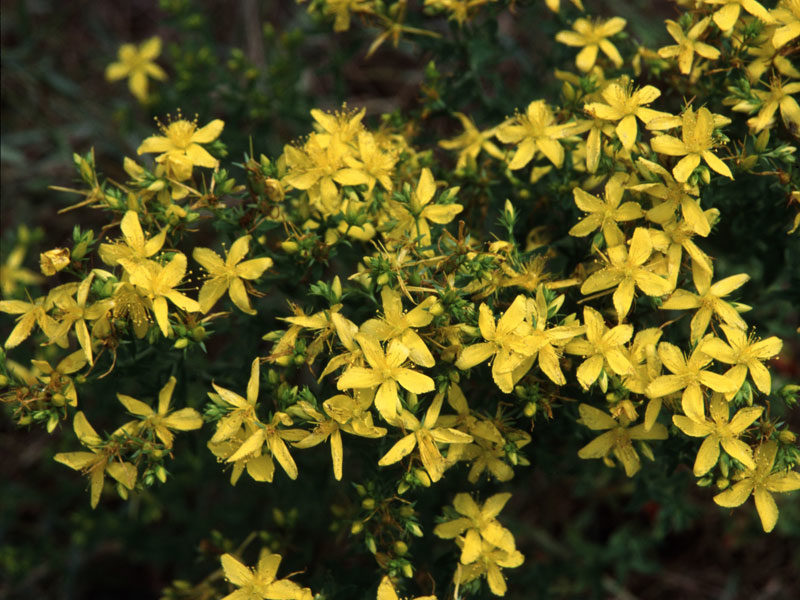 St. John’s wort is one of the best-known medicinal herbs in Europe. Its healing power was already used around the year 400 BC by Hippocrates, who is considered the founder of scientific medicine. In the Middle Ages, it was the physician Paracelsus who intensively described the healing effects of St. John’s wort.

The valuable medicinal herb usually grows in sunny, often stony places. Around St. John’s Day (24 June) it blossoms with bright yellow flowers. The deep blood-red sap that emerges when the buds and flowers are crushed is particularly valued in medicine.

The value-determining constituents of this plant are mainly hypericin and hyperforin as well as flavonoids. In recent decades, it has experienced a meteoric comeback as a phytotherapeutic for oral use in various forms of depression.

Externally, St. John’s wort is used in the form of oily extracts (St. John’s wort oil, red oil) for humans and animals. The anti-inflammatory, circulatory and wound-healing, antibacterial and antiviral effects are mainly used for the treatment of abrasions, skin burns, sunburn and inflammations, as a liniment for rheumatic pain and for sports massages. In animal experiments, stress-relieving and anxiety-relieving effects have been observed when used internally.