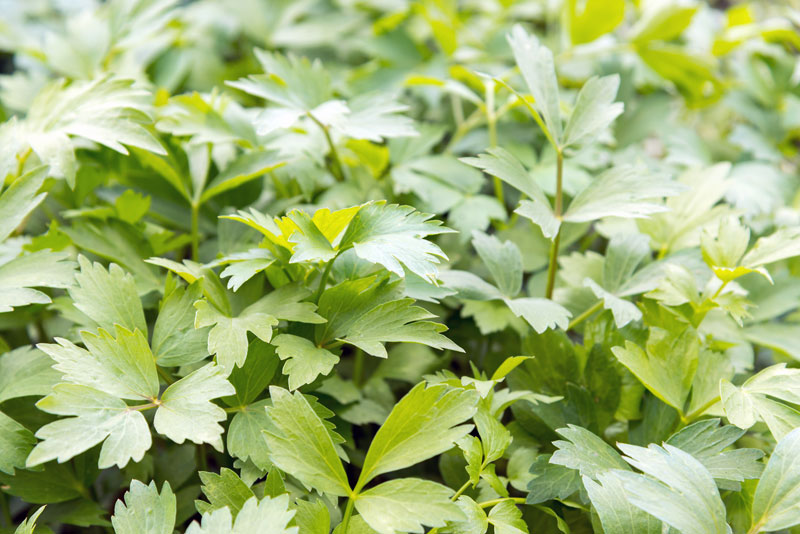 Most of us know lovage as an aromatic kitchen herb with an appetising effect. Because of its fragrance, it is also colloquially referred to as “Maggi herb”, although it is not actually contained in this condiment of the same name.

The umbellifer, which can reach a height of up to 2.50 m, is probably originally native to the Near East.

Preparations of lovage root are therefore used for flushing therapy in inflammatory diseases of the draining urinary tract and as a preventive against kidney gravel. Folk medicine knows other areas of application for this medicinal herb and also uses it as an expectorant for chronic catarrh, especially of the respiratory tract, and for menstrual cramps.

Recent scientific studies have looked into a possible anticarcinogenic effect of the essential oil and its effectiveness against fungi and bacteria.