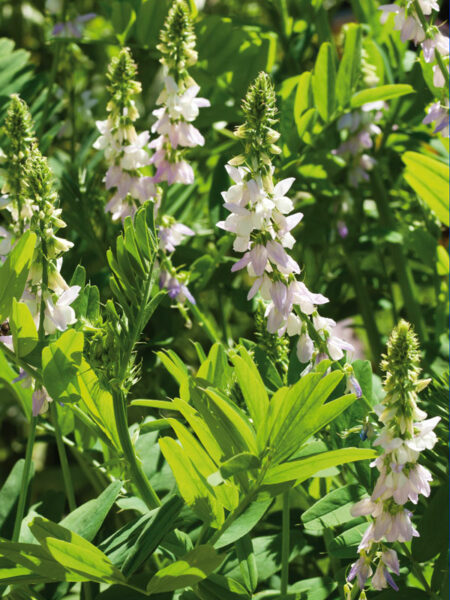 The liquorice is a perennial shrub from the butterfly family that is originally native to the Mediterranean region. The liquorice juice is obtained from the dried, peeled root runners, the liquorice root, by boiling and thickening.

The Egyptians and Greeks in ancient times were already aware of the effect of liquorice against coughs, hoarseness and asthma. The armies of Alexander the Great are said to have chewed the root as a thirst quencher on their campaigns. Hildegard von Bingen recommended the root for lung ailments and digestive complaints. It was also used for “stomach ulcers”.

Nowadays, the expectorant and expectorant effect as well as the anti-inflammatory, antispasmodic properties and the effect against stomach ulcers are proven. The dry drug as well as the liquorice root extract have antiviral, antifungal and antibacterial effects, the active ingredient glycyrrhizin has anti-allergenic, antitumoral and antioxidant effects. Licorice root is also said to increase adaptability in stressful situations.

The thickened liquorice juice is used, among other things, as a basic ingredient for the production of liquorice. However, its excessive consumption leads to an increase in blood pressure, water retention in the tissues and a reduction in testosterone production.