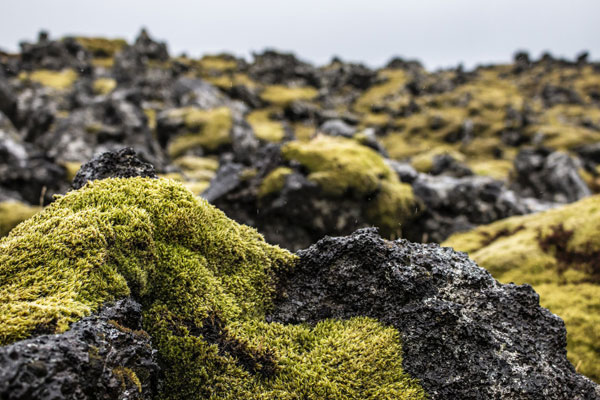 Despite its name, the so-called “Icelandic moss” is not a moss but a lichen, i.e. the symbiosis of a fungus with an alga. Also called staghorn lichen because of its shape, the plant grows everywhere in the far north, but also in mountainous regions.

Icelandic moss serves as a food plant for reindeer, and Icelanders also used to make a nutritious porridge from the dried plants. In the 17th century, they discovered the healing properties of the shrub lichen.

Icelandic moss contains over 50% water-soluble mucilage, as well as usnic acid and bitter-tasting lichen acids. The mucilage has an irritation-relieving effect on inflammations of the mouth and throat as well as on the stomach mucosa, as the water-soluble polysaccharides form a covering protective film. In addition, the lichen has anti-inflammatory, antimicrobial and immunostimulant properties. Cold extracts of the medicinal herbs with water are drunk as a tea or prepared as lozenges to treat irritated coughs, sore throats or gastritis.

Due to the bitter substances contained in the medicinal herbs, it also stimulates the appetite and digestion. As a result, it is traditionally used for states of exhaustion and in the recovery phase.

International cancer research is currently examining the usnic acid contained in Iceland moss for possible use in cancer.