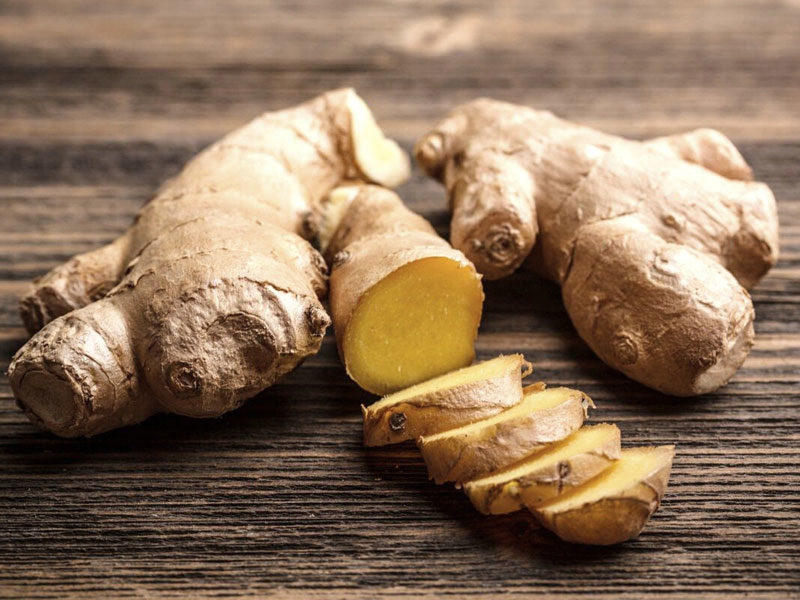 Asian cuisine and medicine has known the aromatic root tubers (rhizomes) of ginger for many thousands of years. Originally native to Southeast Asia, the reed-like looking ginger, which can grow up to 1 metre high, is now cultivated in many places in the tropics and subtropics.

In traditional Indian and Chinese medicine, the ginger root tuber is mainly used as a tea to protect against colds and for internal warming. In addition, ginger is used either fresh or dried to strengthen digestive functions, to stimulate the appetite, against nausea and rheumatism and to strengthen the circulation.

The main ingredients of the ginger tuber that determine its value are the pungent substances gingerols and shogaols as well as essential oil (zingiberene, zingiberol). Modern western medicine focuses on ginger mainly because of its anti-inflammatory, antibacterial, pain-relieving, liver-protecting and antitumour effects. However, the effect on flu-like infections and nausea, the digestive and heart-strengthening effects as well as the anti-inflammatory properties in rheumatism have also been proven in clinical trials.