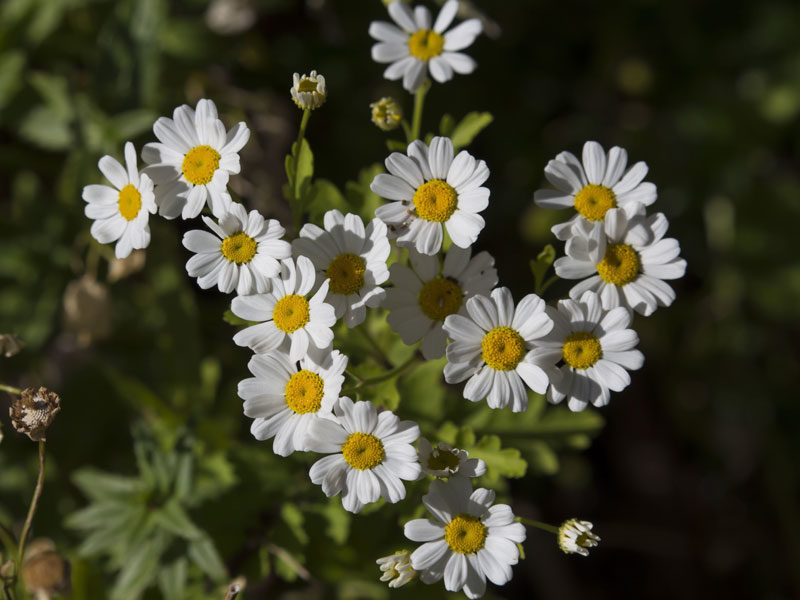 The Dalmatian insect flower belongs to the daisy family. Originally native to the Adriatic coast region, it is now cultivated mainly in Africa. The perennial plant can grow up to 1 m high. Externally, it resembles the daisy. The aromatic, fragrant blossoms of the Dalmatian insect flower were already used in ancient times and their insecticidal effect was exploited. Under the name “Persian insect powder”, the flower preparations were used externally to combat ectoparasites such as lice and fleas. Beginning at the end of the 19th century, the plant found wider use in agriculture as a contact insecticide.

The value-determining ingredients of the Dalmatian insect flower are found in the flowers. They are pyrethrins I and II (esters of chrysanthemum and pyrethric acid), and also contain flavonoids, sesquiterpene lactones, lignans and polyols. The natural pyrethrum acts as a neurotoxin on insects and arachnids. Nowadays, pyrethrum preparations are used directly on humans (e.g. Goldgeist forte) or on animals as well as indoors. Under the influence of daylight, the natural pyrethrins decompose rapidly and thus lose their effectiveness. Therefore, pyrethrum preparations should always be freshly prepared before use. Chemically modified pyrethrins, pyrethroids, are more stable in the environment than their natural counterparts, but they can cause chronic pyrethroid exposure. This makes itself felt in humans as a so-called “neurotoxic syndrome” with sometimes serious effects on nerves, motor function, memory and the psyche.

Caution: Pyrethrum must not be used on cats.