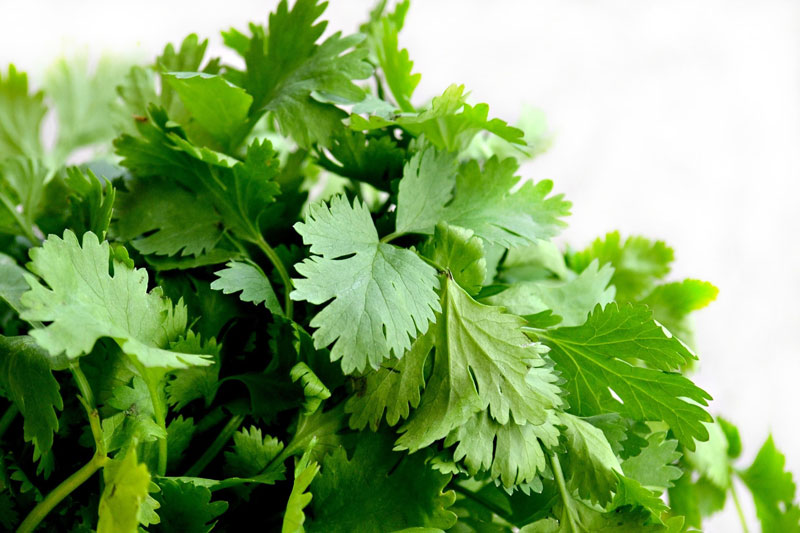 The coriander is an umbelliferous plant that is originally native to the eastern Mediterranean region and the Near East. The annual cultivated plant is known to us as a spice and medicinal herb. In ancient times, doctors used it to treat burns, poorly healing wounds and as a dewormer.

While the herb is mainly used in Asian cuisine, the pleasantly fragrant fruits of the true coriander are used medicinally in addition to their use in curry mixtures. The value-determining ingredients of the small, spherical fruits are the 1.5% share of essential oil with 60-70% linaloon, furthermore 20% fatty oil, 15% protein and caffeic acid derivatives. The traditional uses of coriander seeds, mostly as a tea preparation, are in the area of digestion. They promote gastric juice secretion, stimulate the appetite, stimulate flatulence and have a mild antispasmodic effect. In addition, they are said to have an antioxidant and anti-inflammatory effect, which is particularly helpful in cases of chronic inflammation. In addition, itch-relieving and blood pressure-lowering effects are observed.

More recently, attention has been drawn to another aspect of coriander oil that is very significant in times of increasing antibiotic resistance. Modern research has been able to establish extremely potent germ-inhibiting properties against various bacteria and fungi in numerous clinical studies. Even small doses of this essential oil were able to kill multi-resistant hospital germs (MRSA). Against salmonella, coriander oil proved to be twice as effective in the laboratory as the standard gentamycin.

Coriander is a medicinal herb that we will probably hear a lot more about.