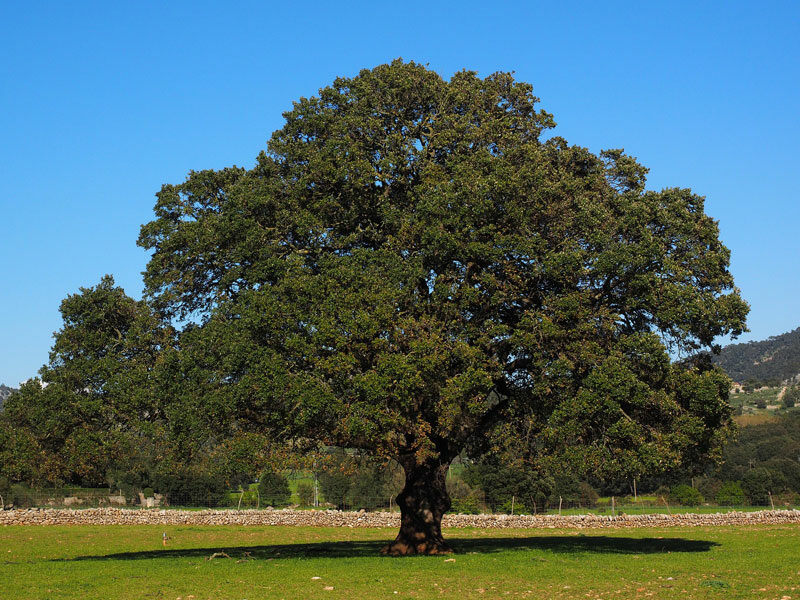 The camphor tree or camphor laurel is native to Southeast Asia. It can grow up to 1000 years old. Only specimens older than 50 years are selected for the extraction of the active ingredient “camphor”.

In China, camphor has been used as an essential oil drug for medicinal purposes since ancient times, whereas in our latitudes it only appeared in the 12th century. At that time, it was mainly used as a cooling agent for inflammations.

The valuable ingredients are found in all parts of the camphor tree – in the leaves, twigs, trunk wood and root wood. Camphor is extracted from the wood by distillation. Other ingredients are terpinenol, safrole, cineole and linalool.

Camphor is used both internally and externally. Due to its invigorating, stimulating effect on the heart and brain, camphor, used internally, was long regarded as the remedy for poor circulation, exhaustion and collapse. Today, a combination with hawthorn is still used in humans to stimulate the circulation. But camphor is also used for colds because of its expectorant, antispasmodic and centrally stimulating effect on the respiratory system.

Nowadays, however, the external application of camphor preparations is much more widespread due to their strong circulation-promoting effect. Here, the focus is on diseases of the locomotor organs, the joints, ligaments, tendons and muscles. In addition, camphor preparations are also used for lymph node inflammations, swellings, fistulas, ulcers, blunt injuries as well as clinical and subclinical udder inflammations of farm animals.