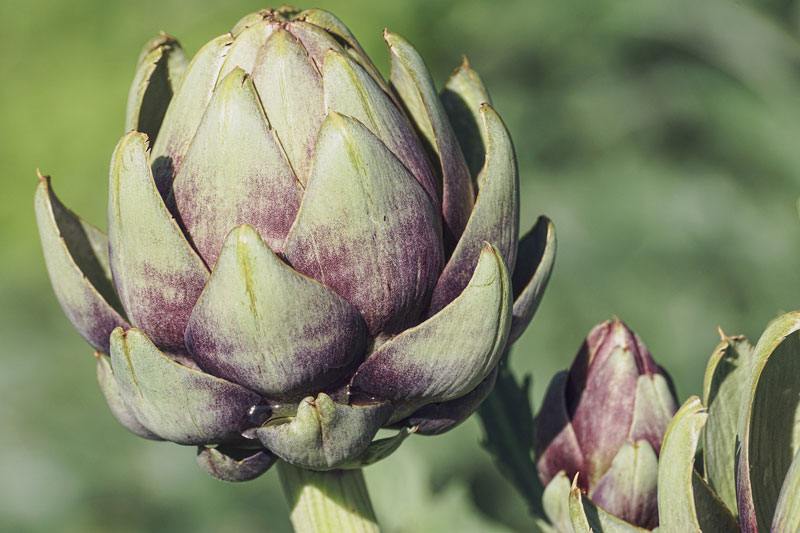 The globe artichoke is a tall, thistle-like composite plant that has come down to us from the Mediterranean region. We know the plant as a noble vegetable, but as a classic bitter drug it is also a medicinal plant.

The leaves are used for medicinal purposes. Its valuable constituents are sesquiterpene bitter substances, chlorogenic acid, cynarin and flavonoids.

Already in ancient Egypt and Greece, the artichoke was used in medicine against “bad body odours”. In the Middle Ages, it was used internally and externally against wounds, swellings and ulcers, but also as an aphrodisiac and to increase the flushing out of urine. In modern times, the focus of medicinal use is on digestive complaints caused by a reduced production of bile, such as bloating, nausea, stomach pain, flatulence and vomiting. However, the extract or fresh plant press juice obtained from the artichoke leaves can do much more than stimulate the liver cells to produce more bile and at the same time stimulate the appetite and digestion. It has a protective and regenerative effect on the liver cells, is anti-inflammatory, antioxidant and lowers total cholesterol. Thus, artichoke preparations are also used to protect the liver, in cases of arteriosclerosis, gallstone tendency and as an adjunct in chronic hepatitis C.

Medical research is currently investigating the extent to which this medicinal herb can also be used to prevent thrombosis.